Grand Island, Nebraska, USA (June 2, 2019) — 100 days, 14,500 miles is the journey one american flag is taking to recognize disabled veterans. after starting in Wisconsin, the flag has now made its way to Nebraska on the back of a Harley Davidson as part of the National Patriot Tour. 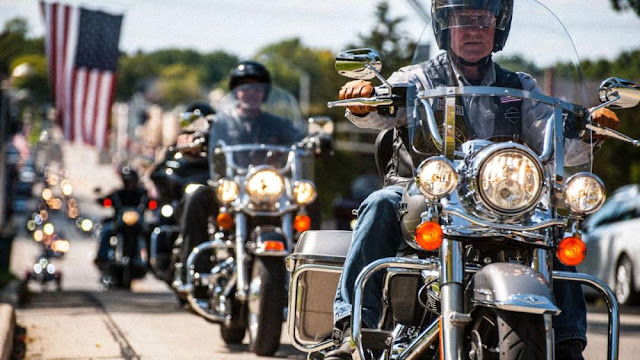 Dozens of bikers have been helping take the flag across the state to be passed on to the next. Organizers of the Nebraska chapter said they really enjoy being a part of the cause every year..

“Everyday it travels among people like this our patriot people that just love the flag, support veterans because what it actually represents is wounded veterans. So we raise money to actually donate that money back to the veterans,” Regional Commander Troi Pospisil said.

This is the 10th year of the tour and the organization has raised over a million dollars since it began.

“It's a great honor for me to do this every year and get to see the same people again,” Pospisil said. “I mean some of them...that's the only time I get to see [them] is on this ride.”

Sunday, the flag will be taken to North Platte to be handed off to the next group of riders for the Patriot Tour.