Son takes over reins of Freedom Fuel to help veterans

Freedom Fuel was founded by the late Michael Dutile, who served in the Coast Guard and had a soft spot for those who served. On Saturday, Dutile’s son, Kevin, of the fifth generation to work for Dutile and Sons Oil Company in Laconia, had some big shoes to fill. 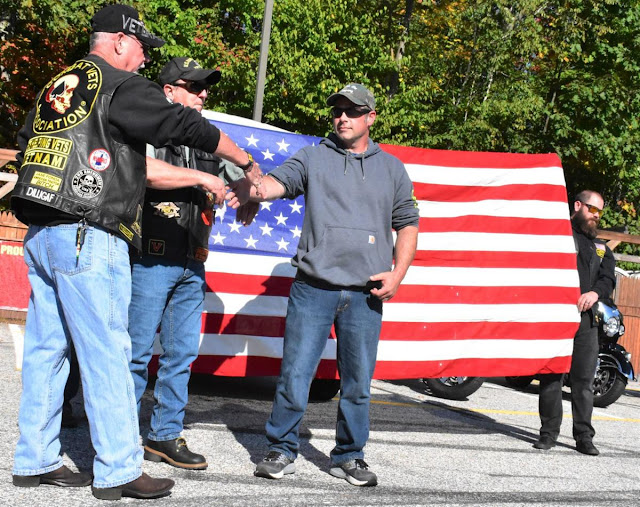 Dutile explained Freedom Fuel had not even obtained its 501(c)(3) nonprofit status when his dad died at age 66 on Easter 2018, and then his mother, “Ricci,” his dad’s high school sweetheart, died at 64, on the following Fourth of July.

He credits his former father-in-law, Gregg Waugh, with getting the program up and running and giving him time to grieve. An Air Force vet who went on to pilot airliners for American Airlines for 30 years, Waugh has a similar desire to help those who serve. “Unfortunately, many of the guys are too proud to come forward,” Dutile said of how challenging it can be to get assistance to those genuinely in need.

Freedom Fuel makes arrangements for 100 gallons of fuel oil to be delivered to vets who are facing the choice of having to heat their home or pay for a vehicle repair for example, Dutile said. The charity serves the entire state and has helped some vets in neighboring Massachusetts.

“It’s meant to give them a push up the hill. They’re either out of fuel or are going to be,” he said. Freedom Fuel will make arrangements to have fuel delivered to a needy vet’s home for whatever source of heat they use, whether it be oil, propane or wood-pellet-like products.

Dutile's paternal grandmother went into labor during a February blizzard and his grandfather knew the only vehicle that would make it up the steep hill to the hospital was a fully loaded oil truck. “The family always said he was born in an oil truck,” Dutile said.

Dutile’s wife, Rebekah, recounted that even after her father-in-law Michael Dutile became ill, his desire to help those in need remained strong. “Even when he was home on the couch, he must have spent four hours talking a woman through how to get her furnace started,” she said.

“Mike was a great guy. He was all in for veterans and his son, Kevin, who has taken over the company, is as great as he was,” said Ray Dore Jr., a member of the Combat Veterans Motorcycle Association, who served six years in the Marine Corps.

John Hutchinson of Weare, commander of the Combat Veterans Motorcycle Association Chapter 5-2, announced shortly before the group started its 2.5-hour ride around Lake Winnipesaukee, that a $2,000 donation was being made to Freedom Fuel.

Dore told the hundreds of bikers who gathered at the Hawg’s Pen Cafe in Farmington for the charity ride that Michael Dutile’s legacy is assuring that no veteran is ever cold.

Donations to Freedom Fuel can be made online at www.dutileoil.net or by calling the Messer Street office.


Be sure and LIKE us on Facebook at: Facebook.com/BikershelpingVeterans
at 2:19 PM
Email ThisBlogThis!Share to TwitterShare to FacebookShare to Pinterest
Labels: Biker News, Bikers Helping Veterans, Veterans, Veterans News

Grand Junction, Colorado, USA (September 9, 2019) — The military may say, boots to the ground, well, this event is rubber to the road, for a good cause. More than 50 riders are benefiting our troops and veterans, by donating some bucks and driving their bikes. 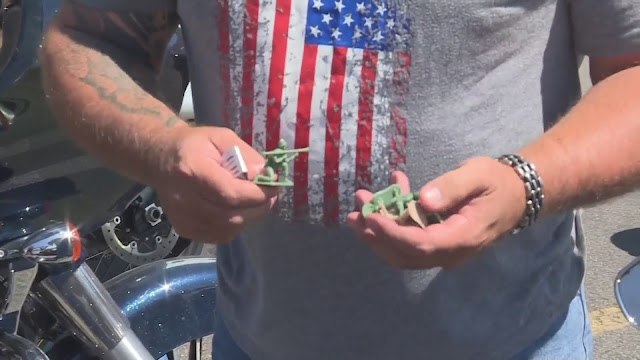 The poker run is to help pay postage for care packages to the military based all over the world. Sure bikers enjoy the scenery from the ride, but the real reason they do it, is to show their support.

Be sure and LIKE us on Facebook at: Facebook.com/BikershelpingVeterans
at 8:14 AM
Email ThisBlogThis!Share to TwitterShare to FacebookShare to Pinterest
Labels: Biker News, Bikers Helping Veterans, Motorcycle, Poker Run, Veterans News

“The run started 15 years ago. The 727th was a National Guard unit that deployed to Iraq, Operation Iraqi Freedom. When we came back we wanted to do something for the community that supported us while we were deployed. So we came up with the charity run idea,” poker run co-chair Bob Foster said. 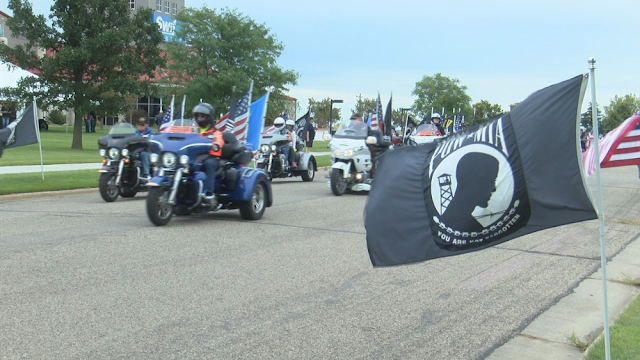 Last year, the poker run raised $42,000. This year they hope to raise even more money to help more disables veterans in South Dakota.

“The money we raise here goes to support the hospital transportation network. It’s a network of 27 vans across the state of South Dakota that helps vets get to the VA,” Foster said.

Which is why organizers say they’re grateful for the support.


“I cannot say enough about the community and the support across the state of South Dakota that has been for this event,” Foster said.

“I tip my hat to them and with Bob leading the charge here, we’re going to help many more veterans, so we thank you,” Gene Murphy with Disabled American Veterans said.

Not including this year’s donations, the poker run has raised over $225,000 since starting 15 years ago.