Rolling Thunder rides off into the sunset

Washington, D.C. (May 22, 2019) — The spectacle of hundreds of thousands of motorcycles roaring their way through the streets of Washington, D.C., to Memorial Day events as part of the annual Rolling Thunder veterans tribute will be a thing of the past after this coming weekend.

Former Army Sgt. Artie Muller, a 73-year-old Vietnam veteran and co-founder of Rolling Thunder, said the logistics and costs of staging the event for Memorial Day, which falls on May 27 this year, were getting too out of hand to continue. The ride had become a tradition in D.C. since the first in 1988. 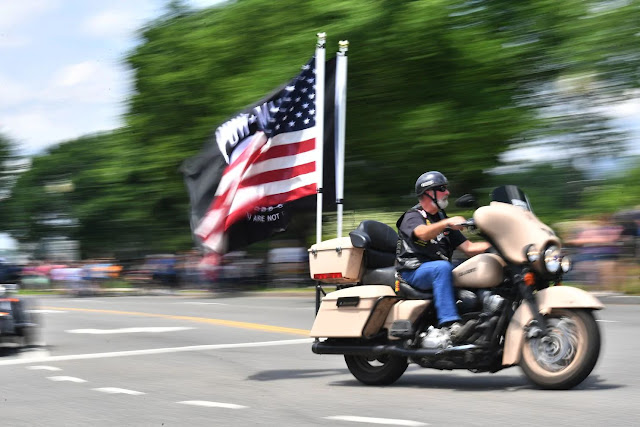 "It's just a lot of money," said the plainspoken Muller, who laced an interview with a few epithets of regret over having to shut down Rolling Thunder.

Muller, who served with the 4th Infantry Division in Vietnam and runs the event out of his home in Neshanic, New Jersey, said it costs about $200,000 to stage Rolling Thunder, which draws riders from across the nation.

He said the costs include installations for porta-potties and the $30,000 fee charged by the Defense Department for parking at the Pentagon before the annual Sunday ride from there across the Memorial Bridge, four-abreast, to the Vietnam Veterans Memorial on the National Mall.

A Pentagon spokeswoman said in a statement that the DoD has "full confidence and trust in the competence and professionalism of the Pentagon Force Protection Agency and is prepared to support the 2019 Rolling Thunder ride, as we have for the past 31 years."

Muller denied that waning interest among younger veterans was a factor in calling off Rolling Thunder. The National Park Service declines to give crowd estimates, but Muller said Rolling Thunder had about a half-million participants in 2018.

However, the decision to make this year's ride the last came in December after consultations by group officials with Rolling Thunder local chapters about falling sponsor contributions and other difficulties, he said.

"They were ready to drop it. Let's face it: Everybody loves the military when there's a war going on," but veterans issues can fade into the background in the aftermath, Muller said.

Rolling Thunder, a callback to the first sustained U.S. bombing campaign in North Vietnam known as Operation Rolling Thunder, began as a demonstration to demand answers from the government on missing troops and prisoners of war in Vietnam. It has continued to demand a full accounting on that issue, while paying tribute to the fallen of all the nation's wars.

Over the years, Muller has met with presidents, from George H.W. Bush to Barack Obama. He also met Donald Trump in 2016, when the then-presidential candidate addressed a Rolling Thunder rally.

The Rolling Thunder tradition will continue next year with events planned by local chapters, Muller said, but this year's national event will be the last.

This year's program will begin with the annual "Blessing of the Bikes" at Washington National Cathedral on Friday and a candlelight vigil at the Vietnam Veterans Memorial, according to a Rolling Thunder release.

Following the ride to the National Mall on Sunday, Veterans Affairs Secretary Robert Wilkie will address a Rolling Thunder rally at the Lincoln Memorial.