March 28, 2018 — National Vietnam War Veterans Day on March 29 honors the men and women who served and sacrificed during the longest conflict in United States history.

It was on March 29, 1973, when combat and combat support units withdrew from South Vietnam. Generations later, Veterans of this time period are gaining the respect that was not so freely given upon their return. Involving five U.S. presidents, crossing nearly two decades and 500,000 U.S.military personnel, it left an indelible mark on the American psyche. 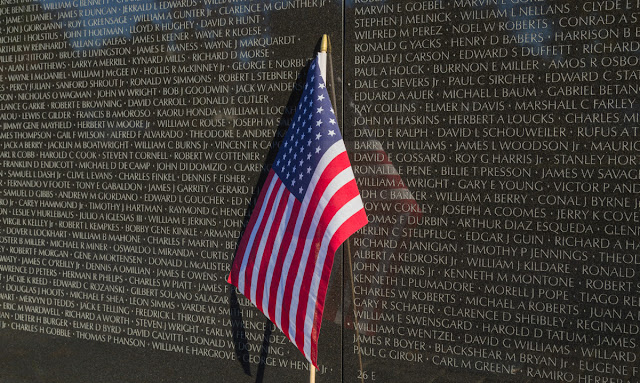 Returning Veterans did not always receive respectful welcomes upon their arrive on American soil. There were 58,000 killed, never to return. National Vietnam War Veterans Day recognize the military service of these men and women who answered the call to service their country when she needed them. They didn’t make the decisions to go to war.

On National Vietnam War Veterans Day, we recognize the service and duty rendered by all servicemen and women of this era.

HOW TO OBSERVE
Around the country, commemorative events, speeches and luncheons are being held inviting Vietnam Veterans as honored guests. Thank a Vietnam Veteran. Buy them a drink or lunch.

HISTORY
U.S. Sens. Pat Toomey, R-Pa., and Joe Donnelly, D-Ind., introduced legislation in 2017 to honor Vietnam Veterans with a day on the anniversary of the withdrawal of military units from South Vietnam. President Donald Trump signed the Vietnam War Veterans Day Act on March 28, 2017, calling for U.S. flags to be flown on March 29 for those who served.
at 9:48 AM
Email ThisBlogThis!Share to TwitterShare to FacebookShare to Pinterest
Labels: Bikers Helping Veterans, Honor, Veterans, Vietnam

Vietnam: Letter to a Lost Bro..

March 16, 2018 — The following letter was sent to artist David Mann. "When I ride my hog at night and the moon is full and the wind is cool against my face, I can feel you riding beside me on your panhead. I can hear your laughter and see that glint in your eyes. God, how I miss you, man. Your friend, Roundman". 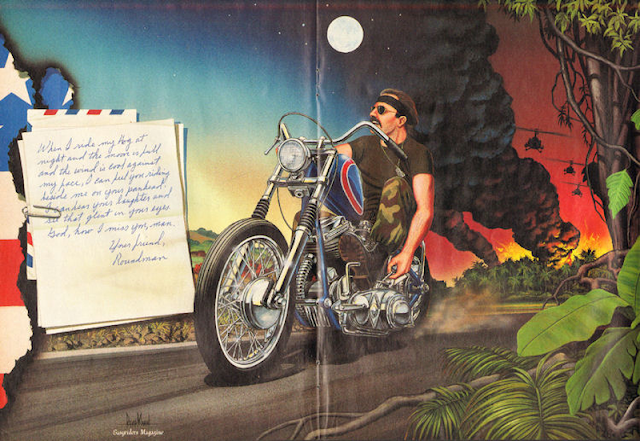 He was so moved by it that he created this painting titled "Vietnam: Letter to a Lost Bro" that appeared in Easyriders magazine.
at 10:06 AM
Email ThisBlogThis!Share to TwitterShare to FacebookShare to Pinterest
Labels: Art, Biker, Bikers Helping Veterans, Motorcycle, Vietnam
Newer Posts Older Posts Home
Subscribe to: Posts (Atom)