Randolph, New Hampshire, USA (June 21, 2021) - A new memorial bears the names of the seven members of the Jarheads Motorcycle Club who were killed in a deadly crash in New Hampshire nearly two years ago.

The Motorcycle Club, made up of U.S. Marine Corps veterans and their spouses, unveiled the memorial Saturday near the crash site on Route 2 in Randolph. 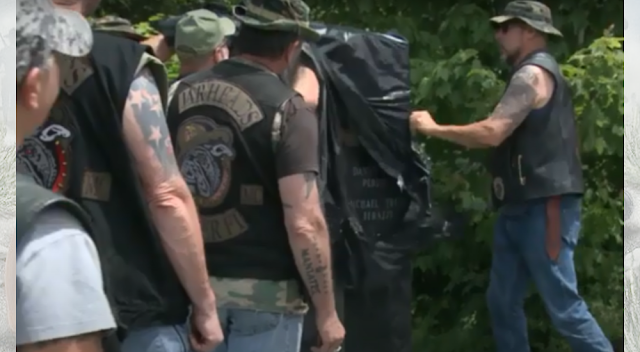 The victims and other members of the Jarheads MC were out for a ride on June 21, 2019, when they were struck by a pickup truck and trailer traveling in the opposite direction.

The driver of that pickup truck and trailer, Volodymyr Zhukovskyy, of West Springfield, Massachusetts, has been charged with causing their deaths and is currently awaiting trial. He pleaded not guilty to multiple counts of negligent homicide and driving under the influence.

According to documents released from the National Transportation Safety Board, Zhukovskyy told authorities he had a drug problem, regularly used heroin and cocaine but believed he was not impaired at the time of the crash.