Indianapolis, IN (June 1, 2021) - The National Center for PTSD has designated June National PTSD awareness month. Post-Traumatic Stress Disorder (PTSD) gained notoriety during the Vietnam war in the 1970's when the phrase was coined, but symptoms were being detected in military service men back during the second World War where people classified it as “shell shock.” It was not until the 1980’s when it was classified as a diagnosis. 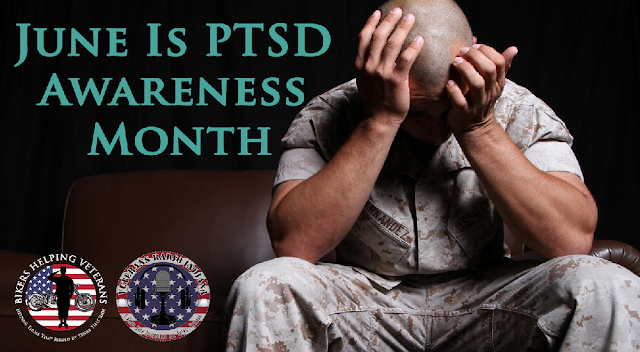 The History Of PTSD Awareness Month
In 2010, Senator Kent Conrad pushed to get official recognition of PTSD via a “day of awareness” in tribute to a North Dakota National Guard member who took his life following two tours in Iraq (S. Res. 541).
Staff Sergeant Joe Biel died in 2007 after suffering from PTSD; Biel committed suicide after his return from duty to his home state. SSgt. Biel’s birthday, June 27, was selected as the official PTSD Awareness Day, which is now observed every year.
In 2014, the Senate designated the full month of June for “National Post-Traumatic Stress Disorder Awareness Month” (S. Res. 481)
Our men and women selflessly fight for our freedom and need to be our number one priority when they come home. Post Traumatic Stress Disorder can happen to anyone, and for those that are suffering need to know it is not a weakness, and it is not something you have to live with. If you or someone you know is suffering from PTSD, don’t hesitate to get help. Learn more at

If you or someone you know is suffering from PTSD, don’t hesitate to get help.
Learn more at: www.ptsd.va.gov
at 7:06 AM
Email ThisBlogThis!Share to TwitterShare to FacebookShare to Pinterest
Labels: Awareness, PTSD, Respects, Veterans, Veterans News, Vietnam
Newer Post Older Post Home