Indianapolis, IN (August 27, 2017) — This painting called "Death Followed Us Home" by Dan Nance depicts the veteran of the Vietnam War and his enduring struggle for honor, dignity and lifesaving care in America. 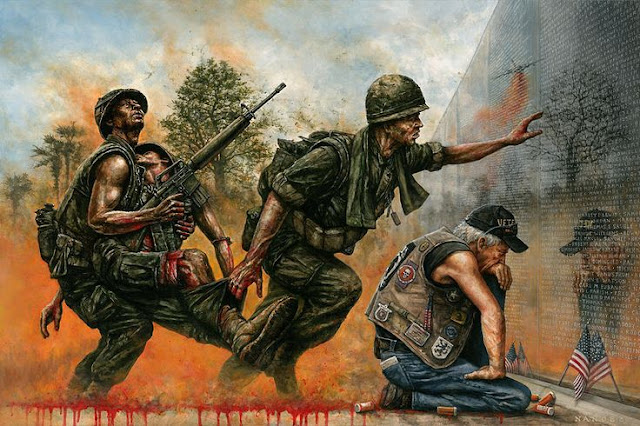 Poisoned by Agent Orange and suffering mightily from PTSD, he kneels before his Flag and the names of his fallen Brothers in Arms to appeal for help and recognition. Although it cannot be seen from the outside, he is dying from the wounds he received there; I was killed in Vietnam - I just haven't died yet

So many feel their suffering and service has been all but forgotten as the Country attempts to turn the page on this difficult and controversial period in American military history.

MLH&R from all of us at: Bikers Helping Veterans