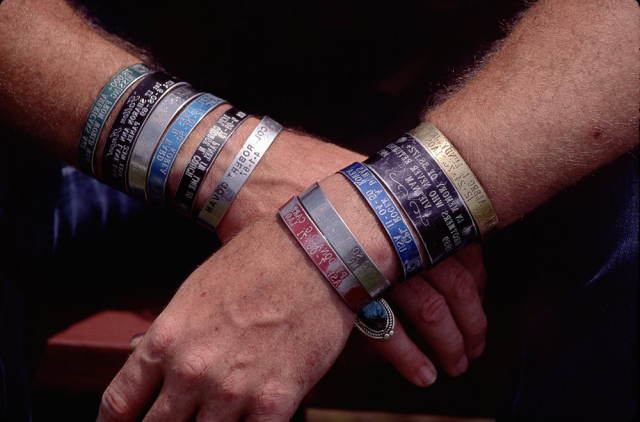 Sold for around 3 bucks, those who wore the bracelets vowed to leave them on until the soldier named on the bracelet, or their remains, were returned to America. Between 1970 and 1976, roughly 5 million bracelets were distributed.
at 11:13 AM
Email ThisBlogThis!Share to TwitterShare to FacebookShare to Pinterest
Labels: History, Veterans, Vietnam
Newer Post Older Post Home